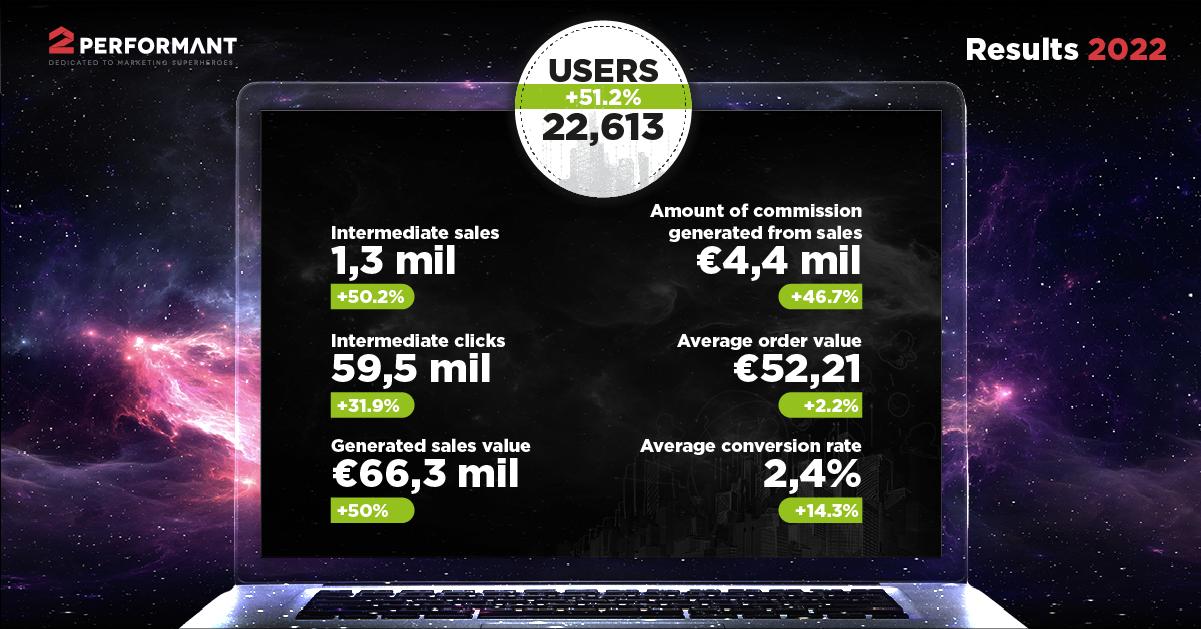 2Performant (BVB: 2P), a technology company and the leader of the affiliate marketing market in Romania, post a turnover of 23.7 million lei in the first nine months of the year, up 43% compared to the same period last year.

“Considering the complicated year, we are pleased that this is the third quarter this year in which we have delivered the results we promised to investors, which we have been doing since the company’s listing in December 2020. At the same time, compared to the budget for 2022 approved in the annual GSM, we recorded a 5% higher turnover in the first nine months and a 24% lower loss than expected, which was 1.3 million lei, compared to a loss of 1.6 million lei. Considering the very good results of the first three quarters, we continue to look confidently at the estimated target for the entire year – the transition to profit. Still, the context of the eCommerce and digital marketing market is very different from that of previous years and urges us to be cautious. Although we have several scenarios lined up that depend on changes in consumer behavior, we do not rule out a slight slowdown in 2P growth in Q4. Even so, we are still confident that in 2022 we will be profitable, one year earlier than we estimated in the December 2020 listing memorandum,” stated Dorin Boerescu, Chairman of the Board of Directors and CEO of 2Performant.

2Performant Network’s operating revenues increased by 50% in the first nine months of 2022 compared to last year’s period, reaching 26.6 million lei. In the general inflationary context, the turnover of 2Performant increased in Q3 2022 by 32%, reaching…